I've bought this "knife" knowing it wasn't a knife, but rather, a serious last ditch self defense weapon.
Dimensions:

There are other specs in their website, if you're so inclined you can look there. This review is about what you can't see at a manufacturer's website, or at a paid advertisement "review". 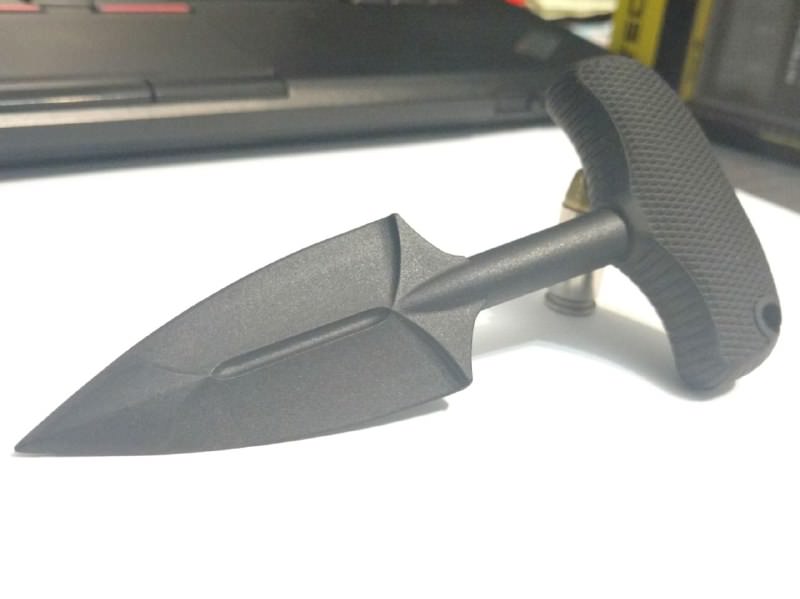 The knife comes in a transparent package, with no extra accessories. It's so simple it's not even worth taking a picture. 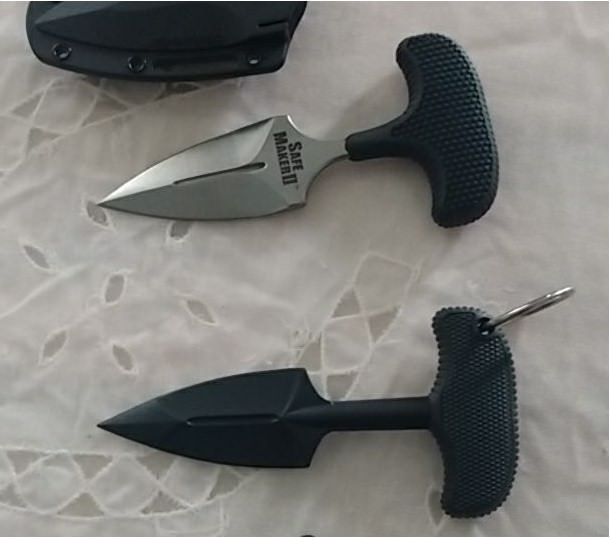 As you can see in the picture above, when it comes from the factory it is not metal detector proof, as it has a strong stainless steel ring. In the intro picture it is already removed.
That ring is not so easy to remove if you don't know what you're doing. I've removed mine immediately, since there is no point having a "plastic" weapon that gets picked up by metal detectors.
If you're researching how to remove the metal ring, it's quite simple. Just use two pliers, grab each side with one, and strech it until you've created enough of an opening to slide the ring out, just like you'd slide a key out of a keyring.

This is where the fun begins. How functional is a plastic "knife"?
Cold Steel advertises the material as being "Grivory, the latest in fiberglass reinforced plastic".

First of all: Its is NOT SHARP. Not if you judge it by the standards of a steel knife. It comes with somewhat of an edge, but two or three quick jabs at a carboard box quickly dulled them beyond repair. This is not meant as a slashing tool, at all. It's meant for stabbing.
The tool is fairly strong for what it is. As you can see in the picture below, the "blade" is fairly thick. 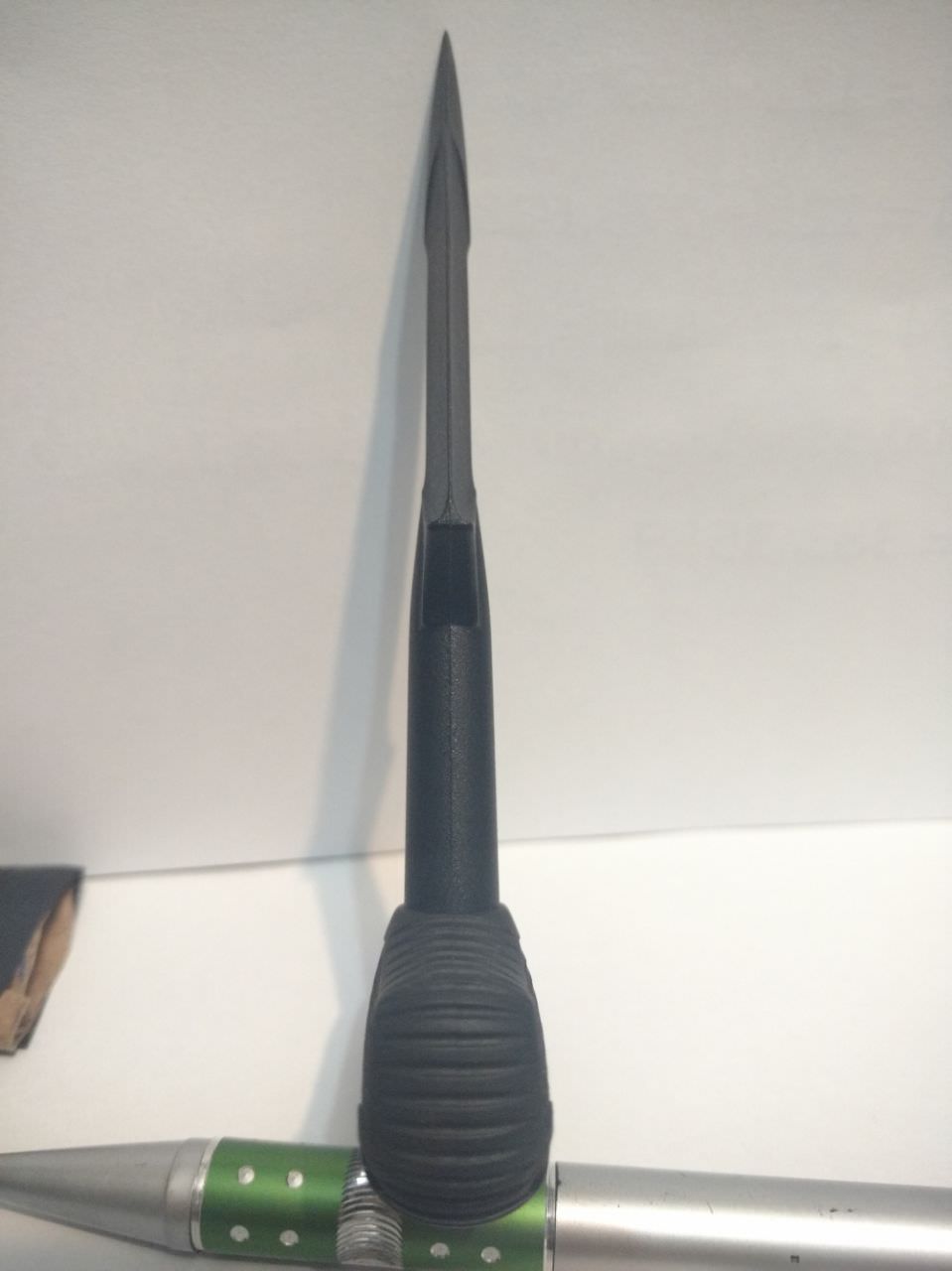 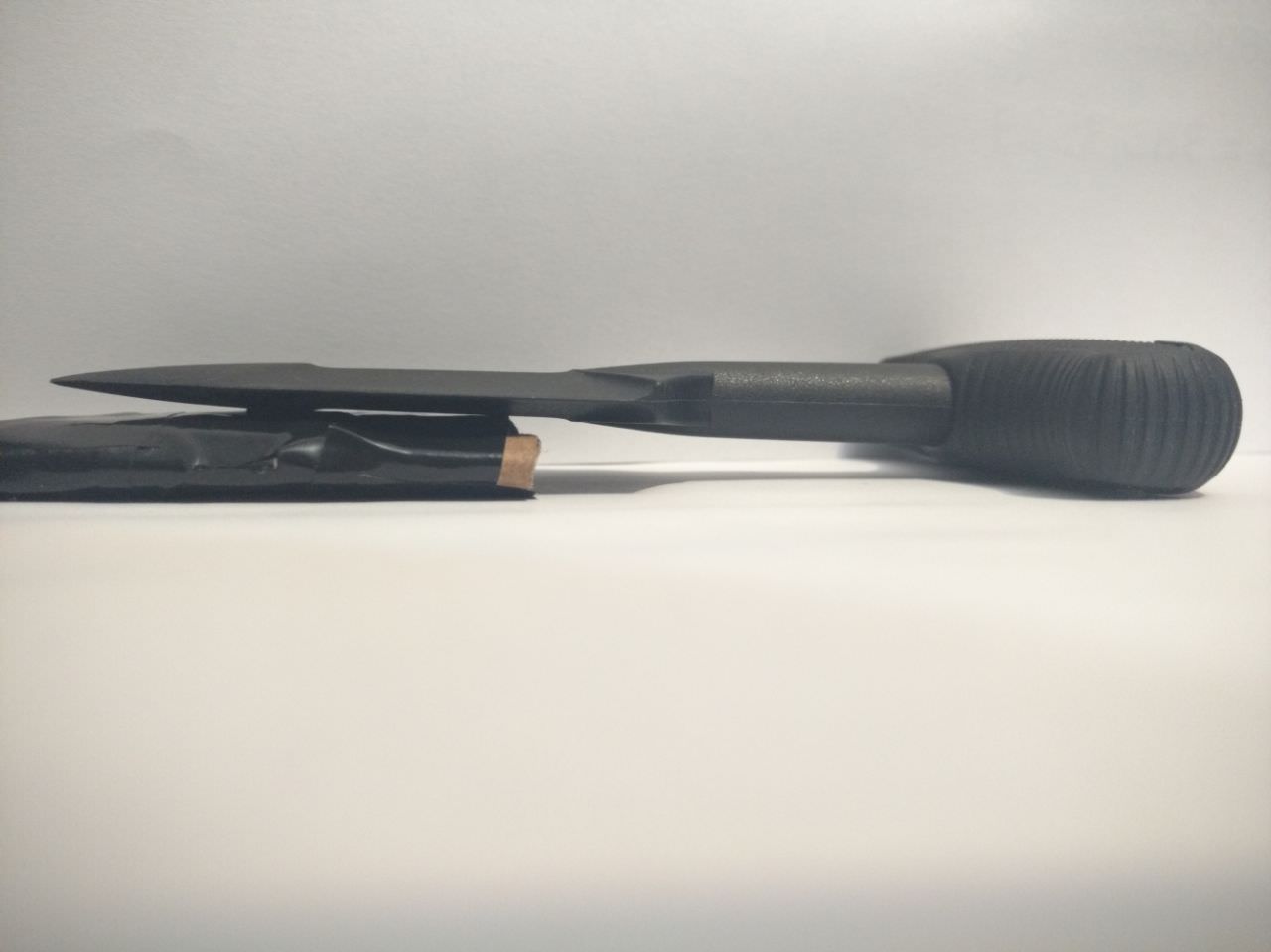 I've done some testing with cardboard boxes and meat, and it has no problem puncturing them.
Some word of caution: don't try to stab hard things, such as wood, cement, walls, diamonds.
The tip WILL bend. This is where the limitations of a plastic shank starts to show: It's intended to puncture meat and skin, and it works for that. It will NOT break easily. The tip however, is not extremely strong. If you carry it for the purpose it was designed to do, no doubt it will perform. Even big screwdrivers with thick tips are used for stabbing, and they go through without a problem. The tip on this tool is fairly sharp and will definitely do it's job.
Do you know how to throw a punch? Then you know how to use this.

One of the biggest shortcomings of this tool is that it doesn't come with a sheath.
For less than 10 dollars though, that can be excused.
I've made a simple sheath (or cover) made from cardboard.
A sheath like mine, made from cardboard, is fairly easy to make. All you have to care about is protecting the tip of the blade. The edges are harmless, mostly. 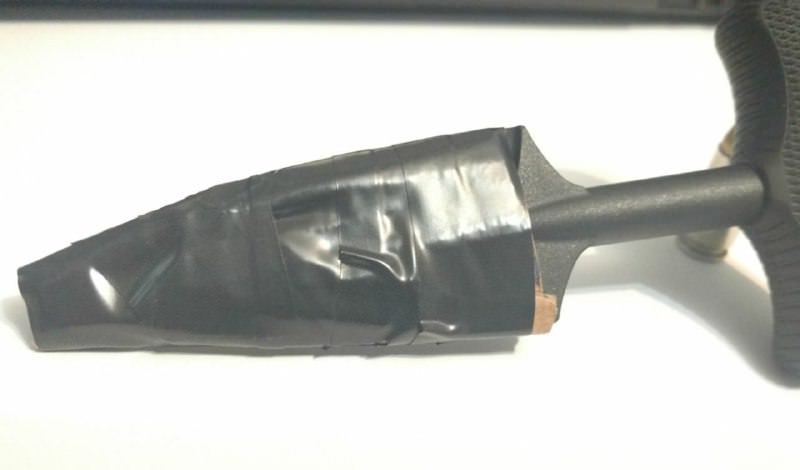 With a sheath like this, it can be easily carried inside a pocket, or even IWB. Just train to remove the sheath with one finger as you draw it.
I don't see it as a weapon to win any fast draw competitions, but if you're situationally aware you're probably good to go even with a homemade crappy sheath like mine.

There are aftermarket available sheaths, such as this one, sold by osograndeknives. I have no experience with it, so I cannot attest to it's quality or lack thereof. 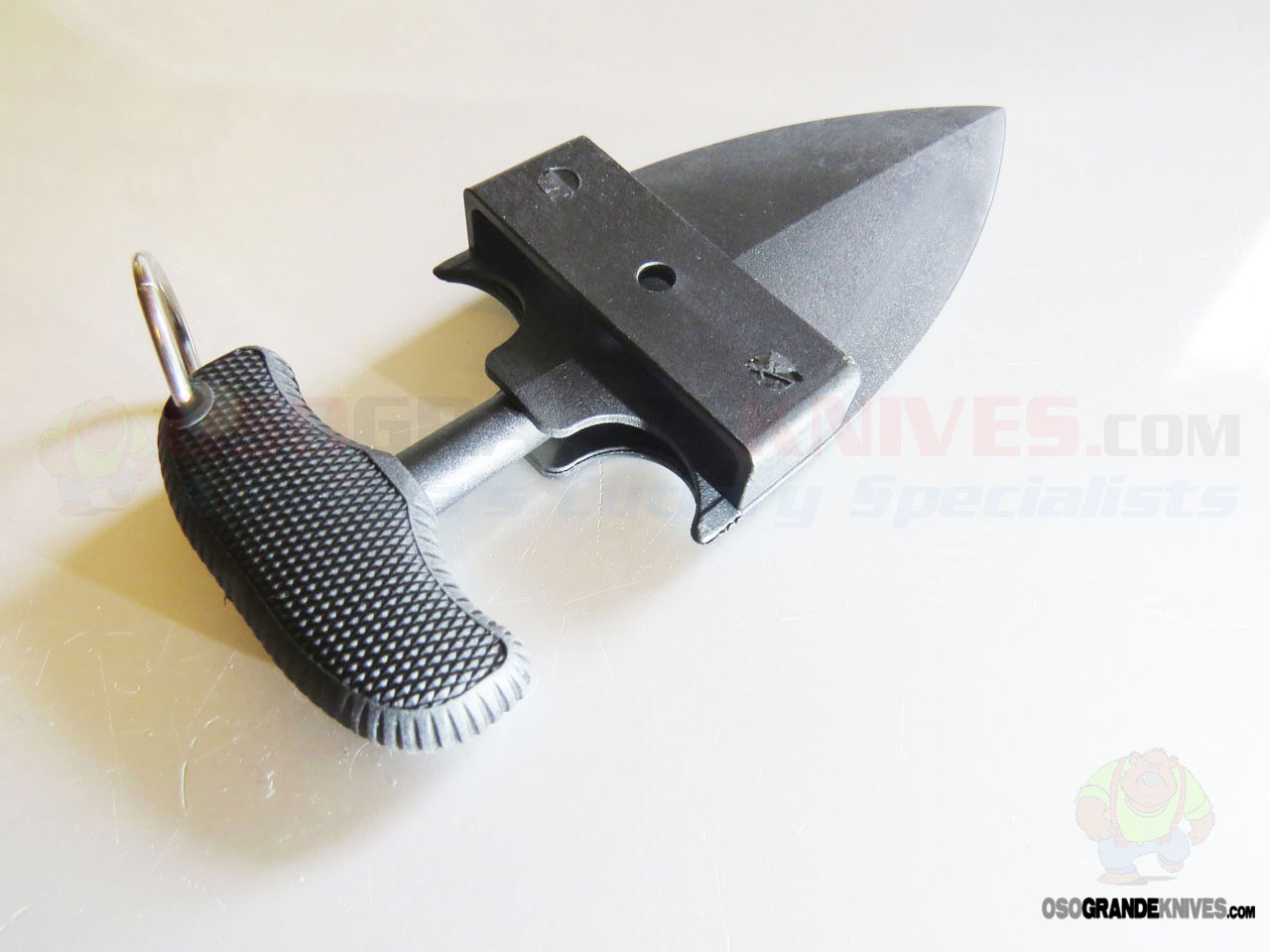 Plastic Sheath available on the market

This tool is not a knife.
It's a shank. It's meant to do one thing, and does it well.
Being extremely lightweight, it makes this an ideal weapon for when you're jogging or doing any kind of training. You can carry it and not worry if it gets wet, since it won't rust. In fact, you can even hide it in your toilet's watertank, under the sink, hang it from the shower, you name it.
It's also metal detector "proof". You can take it to bars, clubs, and other places where you'd otherwise be unarmed. Trying to take this through an X-ray scanner is suicidal, but metal detectors are fair game. It's not illegal if you don't get caught.